Notes:
It is not about Linux or other geeky stuff nor it is a political writing.
It was a day in the end of March 2007. I was just landed at the Franz Josef Strauss Munich Airport around 10 AM in the morning. I had 5 days free time from my work in Astrium. At that time I was contracted by EADS Astrium (now become Airbus Defense and Space) to work with them in Toulouse. I worked for one of their project. I flew from Toulouse where I worked to visit my brother family in Munich. Just after I picked up my luggage from the conveyor, three guys without uniform approaching me and asked me in English what i'm doing in Munich. I asked them if I did anything wrong. One of them told me that it was a random checked.
"Who are you guys? Sorry sir if it is a random check, why do you choose me instead of other?" I reply to their answer.
One of them said they're from the Munich immigration, and at the same time showing a gun behind his jacket. For my itinerary Munich was not the Schengen gate. Besides, I already did the interview in Netherlands and also in France embassy in Jakarta three months before so it is not a regular procedure. I never experienced a random check interview. Being someone with Asian look, Indonesian passport and with the name start with the Moslem name, I was fully aware at that time that my condition in Europe might be facing some unpleasant conditions.
I had to show them not only my passport and visa but all of my documents, including a letter from France Embassy in Jakarta stated that I'm working for French project and also a letter from EADS Astrium said that I'm working with them.
Luckily they know a bit about Astrium in Toulouse.
Astrium is an European consortium satellite maker. They also knew that Toulouse is a place where the Airbus aircraft will get the final assembly. Seems a bit surprise for them knowing that I worked for EADS Astrium. They asked me, "How did you apply and get the job in Astrium Toulouse?"
"I'm not apply, they found me! They came to Jakarta and picked me up from there." I reply.
"What is your purpose to visit Munich?" The biggest guy asked me again.
"I want to visit my brother, he works in one of Airbus facility in Augsburg" I said.
After several minutes the situation changed, they became nice to me knowing that I work for one of European high-tech industry. If people communicate and talk, understand the position of each other, and try to see each other on the same position without prejudice everything will be much more better in this world.
In the end they said "The documents seems legitimate. Enjoy Muenchen and Bavaria". 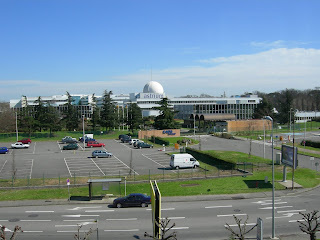 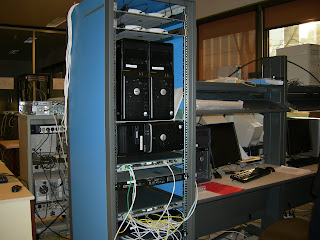 Lab where i worked 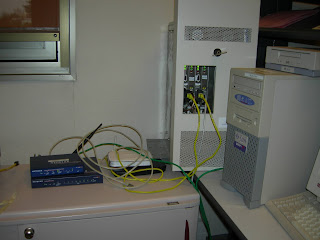 A GSM BTS and an access point
I also have other uncomfortable experience in several places. Even in the south east asian countries.
On the contrary, in several cases where I should go abroad where my employer was from the developed country and the place where I worked was a developing country the situation turned opposite. I experienced this when I should worked in Myanmar for USAID project for example. They treat me very well (actually it was too much) in Nay Pyi Taw. Are You Ready for Kubernetes Community Days Indonesia 2021?

Register now and check out the agenda at http://kubernetesdays.id!